This entry is a deeper dive into the tribe we call “Mostly Marvel.”

This tribe of urbanites and suburbanites is nearly half-and-half men and women, and skews younger (age 18 to 44).

The gender split is nearly even, but women are in the very slight majority

Over 60% of this tribe earns under $50k annually, and that percentage is 1.25 times larger than the average U.S. audience.

The segments earning over $50k a year fall well short of the baseline.

Above we have six MCU actors, one MCU director, two ‘Star Wars’ stars, and the podcaster who helped legitimize nerd culture. ‘Nuff said.

The CW‘s ‘Supernatural,’ which is to be wrapping up its run this year, is a favorite with over 22% here, and that percentage exceeds the index by 41.71 times. 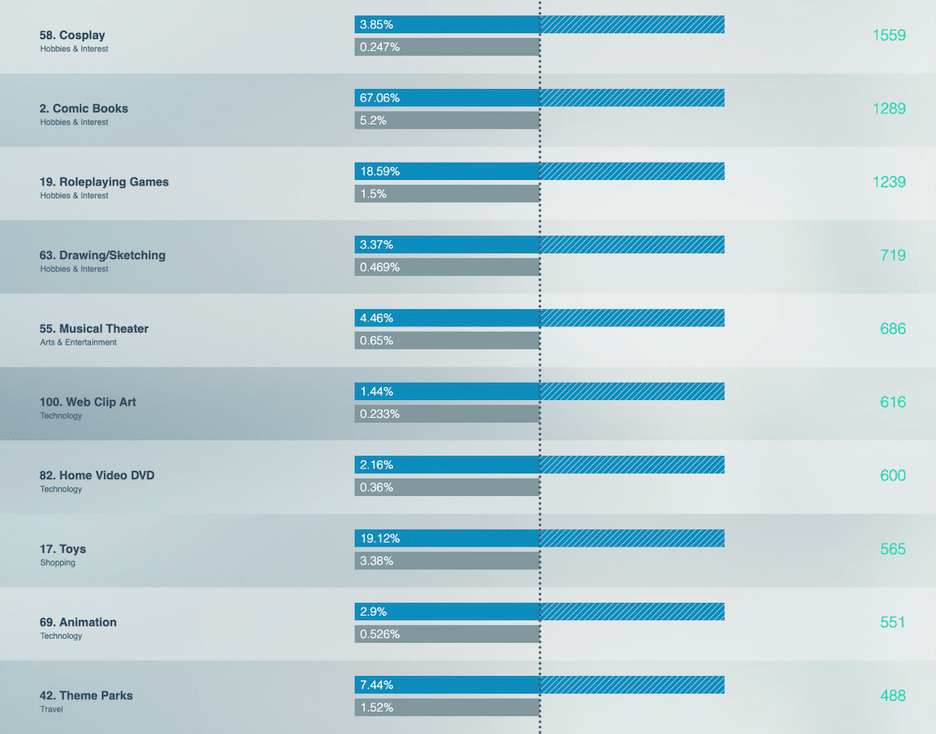 Comic books are of interest to over ⅔ here, and that segment-size exceeds the index by 12.89 times.

Over 32% of this tribe’s members are fans of Marvel‘s chief rival DC Comics.

Online destinations related to movies and video games are most prominent. .

Over 30% of this tribe regularly visits IGN, a segment-size 6.81 times greater than the U.S. average.

Self-consciousness, as a personality trait, describes one who is self-aware, considerate, and understanding of their place in a given situation and/or discussion. This tribe averages in the 62nd percentile for exhibiting this trait.