This entry is a deeper dive into the tribe we call “Southern Philanthropy.”

This tribe mostly lives well outside of the city, skews slightly female and older (over 45).

They are united by affinities for athletes, sports teams, and media outlets and figures, local to Atlanta and Charlotte. They also share interests in non-profit organizations, fundraising, and international charities.

At 54.78%, women represent only a slight majority here.

At 58.54%, those over age 45 also account for a relatively slight majority. However, nearly ⅓ of this tribe’s members are over 54, which exceeds the national average by two times.

The NFL‘s Atlanta Falcons and Carolina Panthers are both among this tribe’s most highly indexed brands.

Fans of the Panthers are present here to a degree that is 11.08 times the U.S. average. 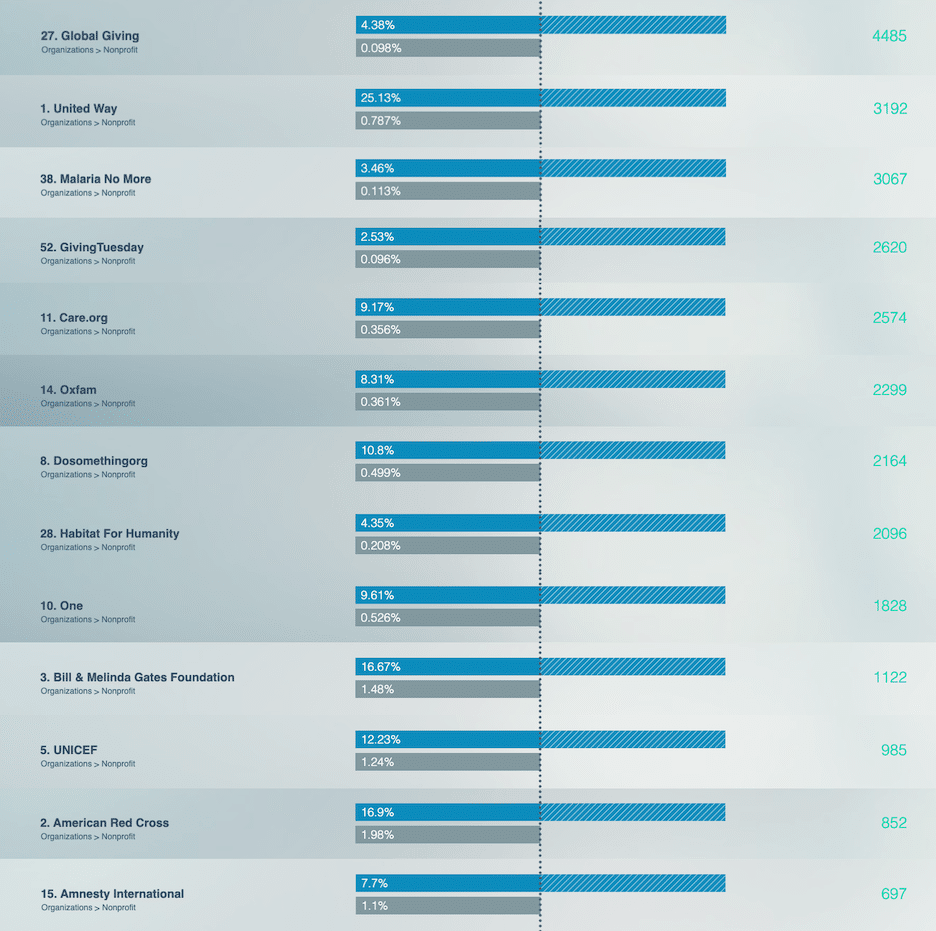 The American Red Cross is a favorite charity of nearly 17% of those within this tribe, which exceeds the average by 8½ times. 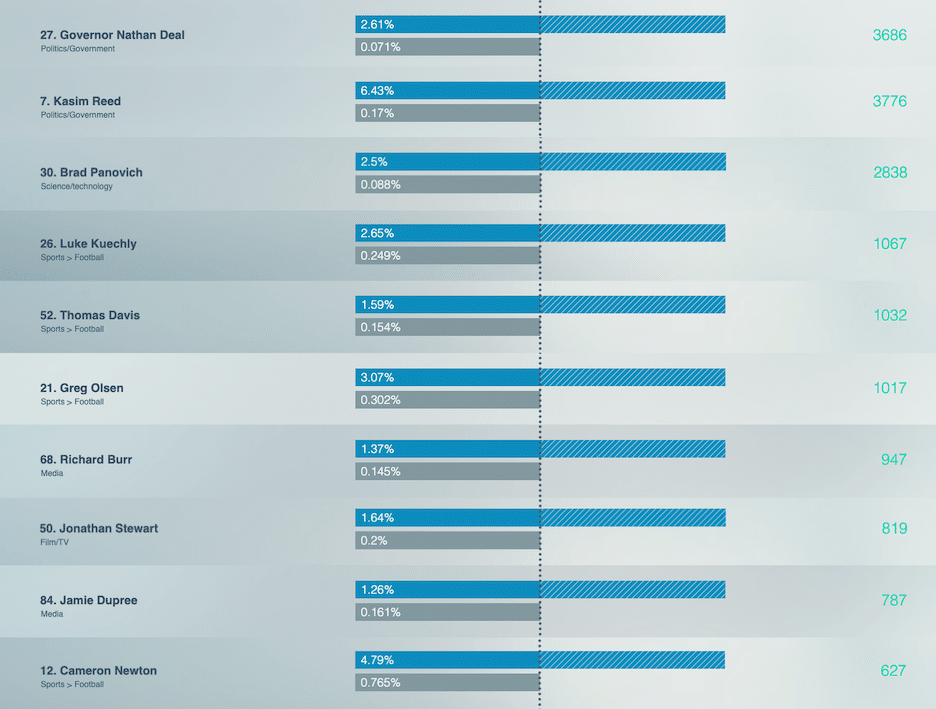 A former Georgia governor, and mayor of Atlanta, as well as the still serving senior Senator from North Carolina, can all be found here. Additionally, a meteorologist from Charlotte’s WCNC TV, and a senior Washington correspondent from Atlanta radio station WSB inhabit the above list.

Finally, the list is filled out with five former players for the Carolina Panthers. This includes Atlanta-born quarterback, Cam Newton, a favorite influencer for a segment of this tribe that is 6.27 times larger than the baseline. 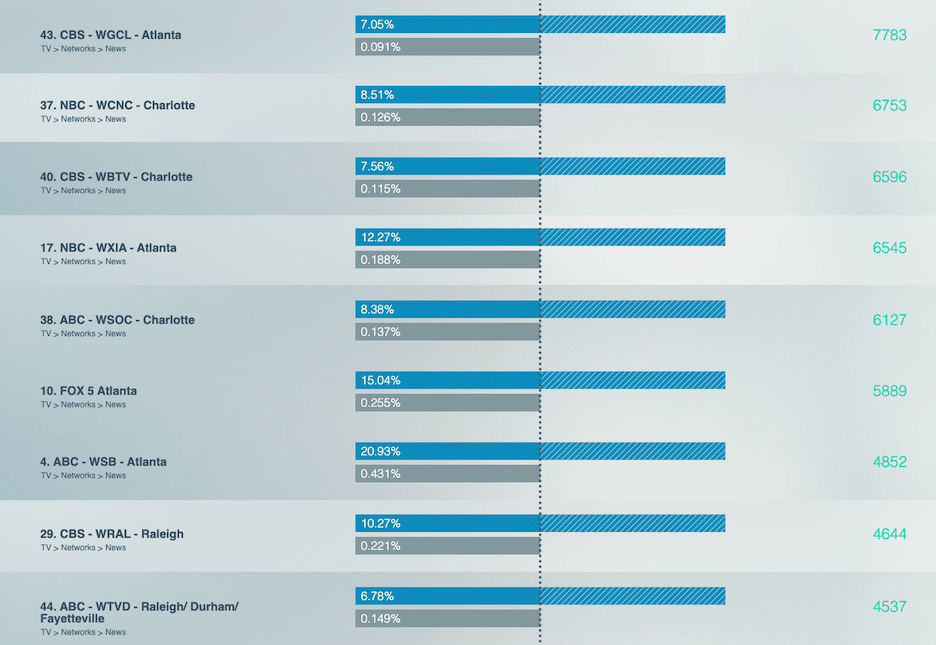 As can be seen, assorted network affiliates from both the Atlanta and Charlotte metro areas index most highly here.

But, as we get into the lists lower entries, Raleigh, North Carolina stations also appear. Raleigh’s CBS affiliate, WRAL, is a favorite station of 10.27% of this tribe’s members. This segment is 46.44 times greater than the American average.

In addition to a number of sites dedicated to fundraising, causes, and the non-profit sector, there is the website for Creative Loafing.

CL is an Atlanta-based arts and leisure monthly, the website for which is routinely visited by 19.21% of those found here. This percentage is 66.85 times larger than the baseline.

Sympathy, as a personality trait, describes one who sincerely understands from where others are coming. The sympathetic believe in cooperation with, and respect for, others.

This tribe averages in the 81.60th percentile for exhibiting this trait.