This entry is a deeper dive into the tribe we call “The Spirit is Willing.”

This tribe mostly resides well outside of the city, and is a bit over ⅔ female.

They are united by their faith in Christianity, and fondness for (mostly) contemporary Christian musicians, speakers, writers, and preachers.

DEMOGRAPHICS —The Spirit is Willing

INFLUENCERS — The Spirit is Willing

This list is populated with a mix of ministers, motivational speakers who keep Christianity at the core of their messages, inspirational musicians, and authors.

The late C. S. Lewis, while fondly and widely known for his fantasy, fiction works — most notably his ‘Chronicles of Narnia‘ series — is also equally celebrated for his non-fiction explorations and defenses of Christianity. The best-known of these works is a 1951 anthology of transcribed talks Lewis gave on BBC radio in the ’40s, called ‘Mere Christianity.’

Lewis is a top influencer for 34.09% of this tribe’s members, and this percentage is 21.27 times greater than the baseline. 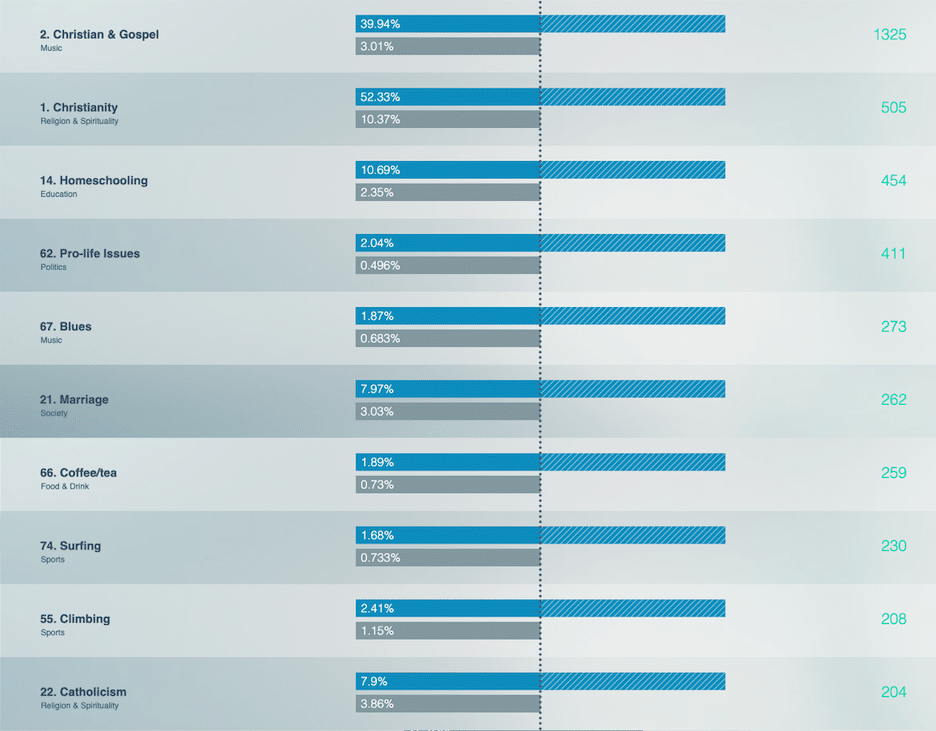 The interests in Christian / gospel music and Christianity itself are rather clear.

Perhaps somewhat surprising at first glance is that 8% here are identified as being interested in Catholicism, surpassing the index, with their presence, by over two times. As you’ll see below, many of the media affinities shared among this tribe are faith-based and inspirational, but not wed to any sect or specific Christian doctrine. 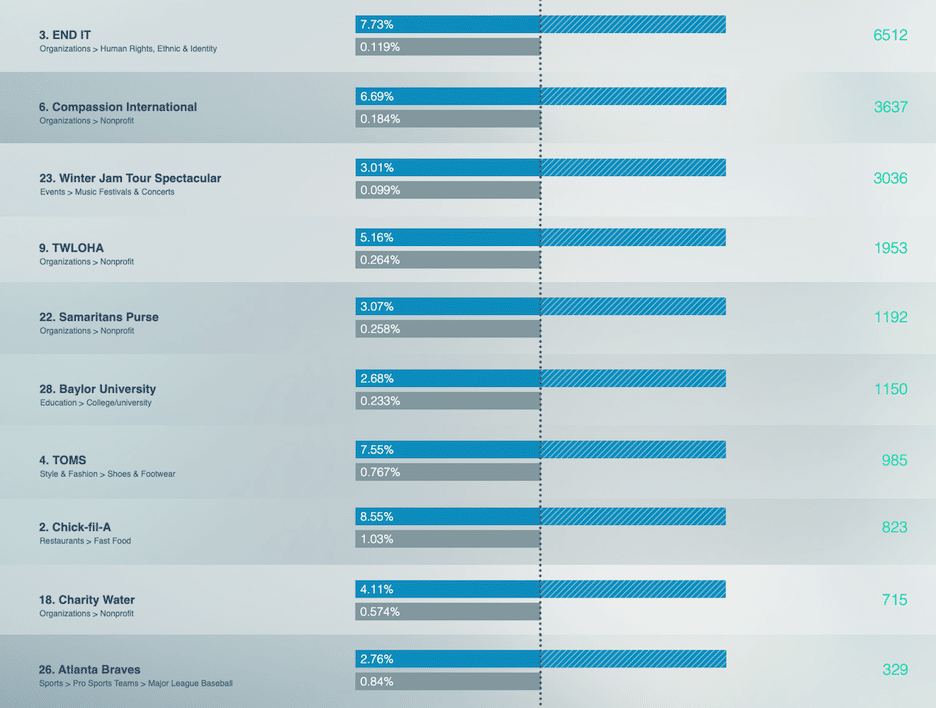 Top influencer, Pastor Louie Giglio’s End It Movement, focused on ending global human trafficking, is a top cause for 7.73% of those found here. This surpasses the baseline by 65.12 times. 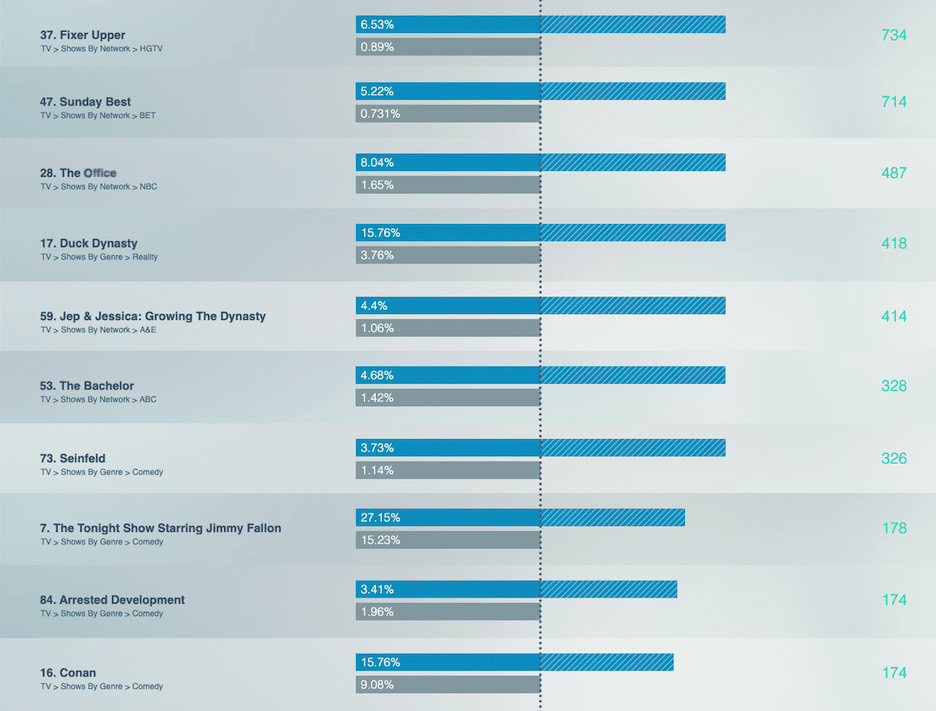 Secular sitcoms such as ‘The Office,’ ‘Seinfeld,’ and ‘Arrested Development‘ all find fans here.

Jimmy Fallon’s ‘The Tonight Show‘ is regularly viewed by 27.15% of those within this group, a percentage that is 1.78 times larger than the baseline.

The website for the Evangelical Christian magazine, Christianity Today (founded by Rev. Billy Graham in 1956), is visited regularly by 15.88% of those within this group. This percentage is 51.71 times larger than the average.

PERSONALITY TRAITS —The Spirit is Willing

Sympathy, as a personality trait, describes one who sincerely understands from where others are coming. The sympathetic believe in cooperation with, and respect for, others.

This tribe averages in the 81.65th percentile for exhibiting this trait.