By identifying these social audiences and measuring their purchase behaviors against the average U.S. consumer, we’ve been able to quantify how each platforms’ users are spending their money. 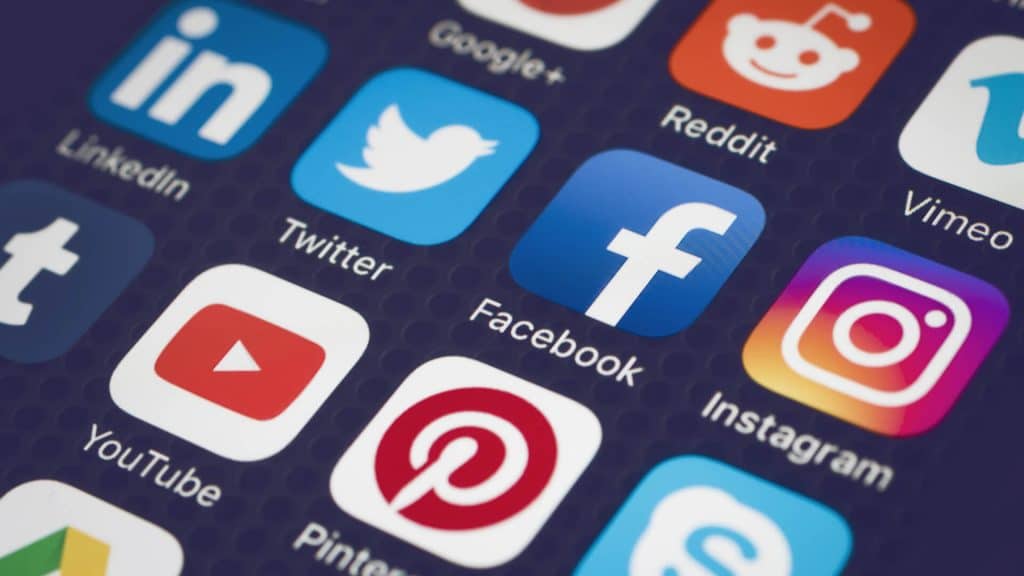 Using StatSocial‘s Silhouette, the industry’s most advanced audience intelligence platform, we have found that Facebook’s users spend the most on pets, YouTube’s on photography, Snapchat’s on travel, and Twitter’s on computing & home office supplies.

Before we hop into the chart sharing our brief analysis, it is important that we explain how StatSocial knows these things, and why our reporting is essential.

Our platform not only understands what consumers are passionate about, where they gather online, who influences their decisions, what media they consume, and what Earned Media they are creating and consuming, but we also know (crucially, to this entry) how they spend their money. By way of strategic attribution partners, we can measure audiences, at scale, to revenue participation and lift.

This summary is intended to only scratch the surface. We wanted to offer a taste of Silhouette‘s unique and precise abilities to determine where and how to spend valuable marketing resources (time and money).

We’ve focused on audiences at the aggregate social platform level. However, our clients and partners frequently need to dig far deeper for insights and attribution in relation to influencer campaigns, earned social, brand fans, media properties, and custom personas. 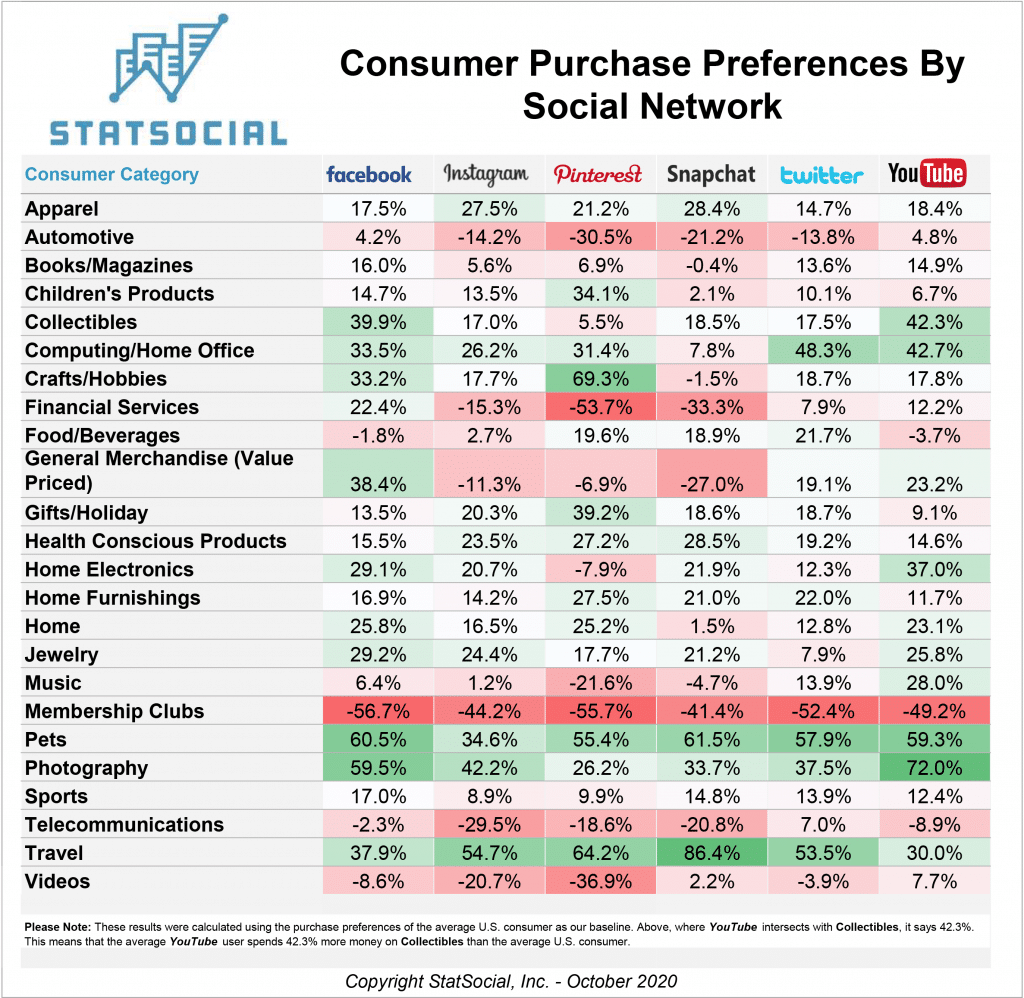 Pinterest‘s users are not merely employing their boards to daydream about exotic getaways. The platform’s users spend 64.2% more on travel than the average US consumer. Conforming to expectation, but in spectacular fashion, Pinterest‘s users hugely surpass those of the other five platforms for spending on craft & hobby goods. Its average user spends 69.3% more than the typical U.S. consumer on yarn, glue, sparkles, knitting needles, découpage kits, and the like.

Snapchat leads this pack in some surprising categories. Returning to the topic of travel, while all platforms are strong, to varying degrees, Snapchat is head and shoulders above the others. Its users spend a considerable 86.4% more than the average U.S. consumer on “getting away from it all” (or heading toward it, depending upon your perspective). Perhaps this shouldn’t be surprising, given the number of world travel influencers who are prominent Snapchatters.

Snapchat also narrowly edges out Instagram as the most fruitful venue for marketing apparel, with its users spending 28.4% more on clothing than the average American. While on the topic, Instagram is one of the primary online homes of style influencers. Clearly a lot of fashion, footwear, and clothing marketing bucks are dedicated to capturing the attentions of its users. Our analysis surpasses mere intuition, and confirms that the likelihood of ROI is strong here. The platform’s users spend 27.5% more than the average U.S. consumer on apparel.

Users of the largely photo-centric site/app spend 42.2% more on photography & camera gear than the average, but they do not lead this group when it comes to such items.

All six platforms over-index considerably when it comes to spending on photography & camera equipment, but it is YouTube‘s users who are the most avid photography enthusiasts. Their photo expenditures exceed those of the average U.S. consumer by a significant 72%.

The streaming video giant is also, as might be expected, where you’ll find the users spending the most on music. Mostly dwarfing the other platforms featured here, the music expenditures of YouTube‘s users are 28% greater than the U.S. average.

Facebook is generally strong across a number of categories. Their users lead the pack when it comes to spending on value priced general merch, financial services, books & magazines, jewelry, and sporting goods.

Twitter boasts the biggest spenders on goods from a handful of major categories, such as, computing & home office supplies, and food & beverages. Twitter is also the strongest platform, by some margin, when it comes to telecommunications services. The platform’s users spend 7% more within this sector than the average. More Americans than not have a mobile phone and plan. Exceeding that index at all is a thing majorly worth highlighting. Given how similar the Tweet medium is to the text message, perhaps we shouldn’t be surprised at all.

One category made glaringly apparent for the lack of spending evident from the users of all platforms is membership clubs. Such organizations tend to appeal mostly to older folks who may not participate on social media.

Marketers and media-sellers know that Earned Media and Influencer Marketing are valuable components of their campaigns. Attributing a definitive worth to either, however, has traditionally been elusive. As StatSocial’s analyses report of with what topics and influencers an audience’s members have been engaging, a marketer can now directly attribute website and offline conversions. The same metrics that marketers have long relied upon to quantify the value of a campaign’s Paid and Owned Media components, are now just as readily available for Earned Media. Learn more here.