Transforming Market Research Panels with Social Insights: Who Is Most Receptive to Advertising? 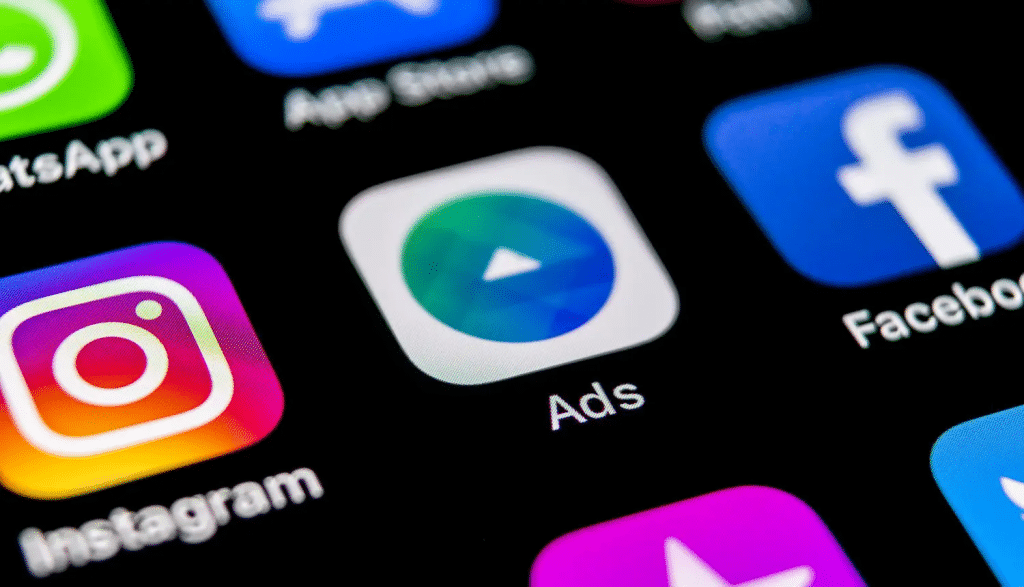 StatSocial’s Silhouette is the industry’s most advanced audience intelligence platform, and a vital component of any comprehensive market research initiative. Integrating our data to your research panel unlocks tremendous opportunities. Below is a high level example of what’s possible.

In brief, researchers can:

StatSocial appends and segments many key data-points related to a panel’s members, such as personas, personality traits, the influencers who have captured their attention, memberships, and media and brand affinities. We also report a number of key B2B findings, such as job titles and industries, social media network participation, demographics, and more. Our ability to append and select data spans survey channels – social handles, emails, and other offline identifiers.

For this example, we analyzed a panel that was selected based on their receptiveness to advertising. Using Silhouette, we were able to match that panel to overlay nearly 85K insights. Below is a sample of some insights, unique to StatSocial, that we found especially interesting. 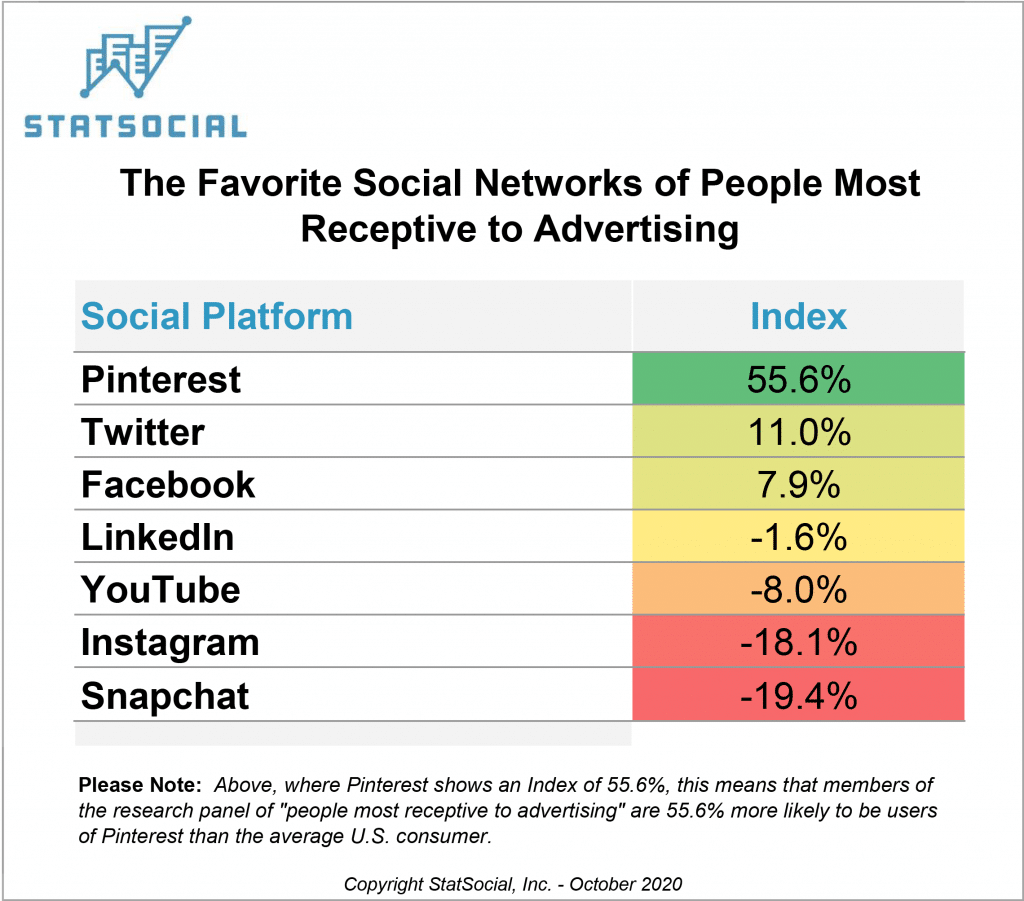 Pinterest is, for many users, and at least partially by design, an important destination on the road to making purchases. Pinners often use their boards as aspirational aids, and they help them to visualize and research which goods and services will most ideally suit their wants and needs. It makes perfect sense, then, that those most receptive to advertising are 55.6% more likely than the average U.S. consumer to be one of Pinterest‘s members.

Facebook has 190 million U.S. users, and Twitter 48.4 million. It is significant that people most receptive to advertising are nearly 8% and 11% (respectively) more likely to use these platforms. Particularly as advertisers annually spend millions, or even hundreds of millions, of dollars trying to reach the users of each.

It’s not too surprising that Snapchat and Instagram have users, that on average, are not as receptive to advertising.  The users skew younger and digitally inclined. It’s not too far a stretch to believe that coming of age in the digital era has, to a degree, desensitized them to advertising.

News Media Outlets With Audiences Most Receptive to Advertising

Liberal/progressive-politics oriented news website, Upworthy, edges out all other news sources on this chart. The population solicited for this panel is 30.4% more likely than the average U.S. consumer to visit the site routinely.

Shifting perspectives, those of the “receptive to advertising” class are 28% more likely than the average to turn to the famously conservative, Fox News, to keep up with current events. The advertising-receptive actually under-index when it comes to engaging with CNN.

Much of what the news reports is going to naturally be political. But moving on from news reported with a political slant, a bit later in the entry we will consider outlets for whom politics is the whole point.

Favorite Syndicated TV Shows for People Most Receptive to Advertising 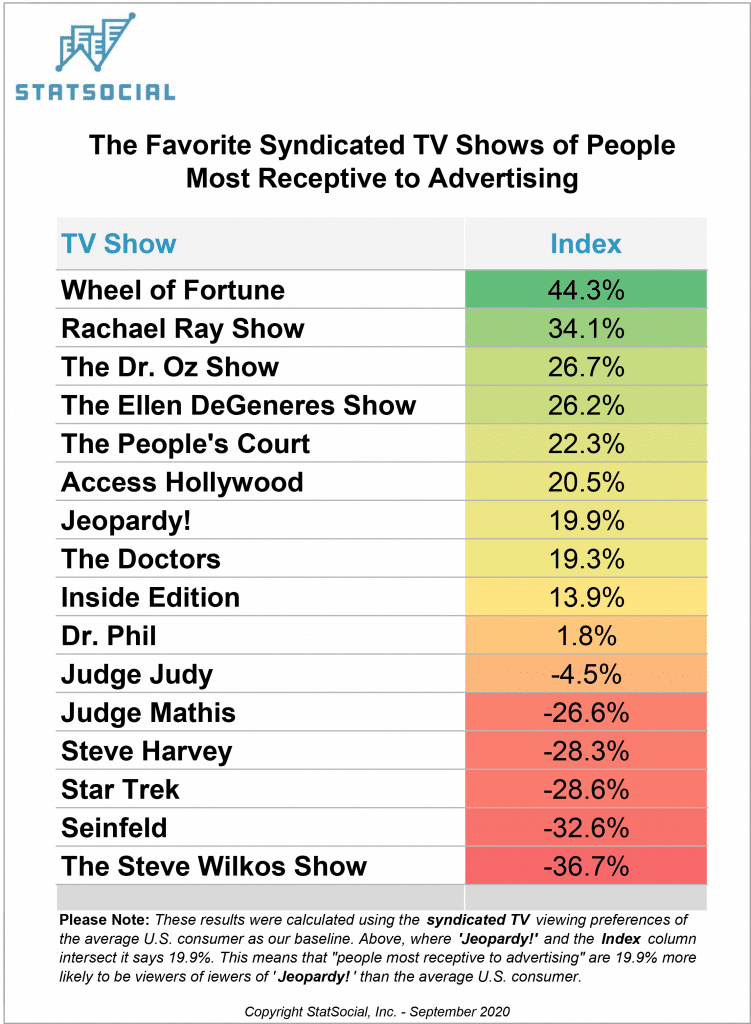 StatSocial analyzes audiences for more than 2,000 TV shows, grouping them by network and genre. For this analysis, we looked at a group of Syndicated TV shows, with ad time that is normally more economical, and customizable by region, than what a major network traditionally offers. Knowing which of these shows boasts a viewership that is statistically more likely to be receptive to a brand’s message is terrifically valuable data for media planners. Ron Popeil didn’t, after all, make his millions from advertising during the Super Bowl.

Looking at this chart we see, right up top, the longest-running syndicated game show of all time (in the U.S.), which is about 38 seasons, or so, into its run. ‘Wheel of Fortune’ fans are 44.3% more likely to be most receptive to advertising than the average US consumer.

As was reported by Quartz in 2016, political advertisements have been quite lucrative for the syndicated stalwart. The show is primarily viewed by those ages 65 and up, and is said to have TV’s oldest viewership. This is a famously motivated voting bloc, but this is not the only advertising that could be received well by their audience.

StatSocial has a treasure trove of insights to share regarding the viewers of ‘Wheel of Fortune’ (as well as every other show on this list, and every other item in this entry).

Political Websites Read by People Most Receptive to Advertising 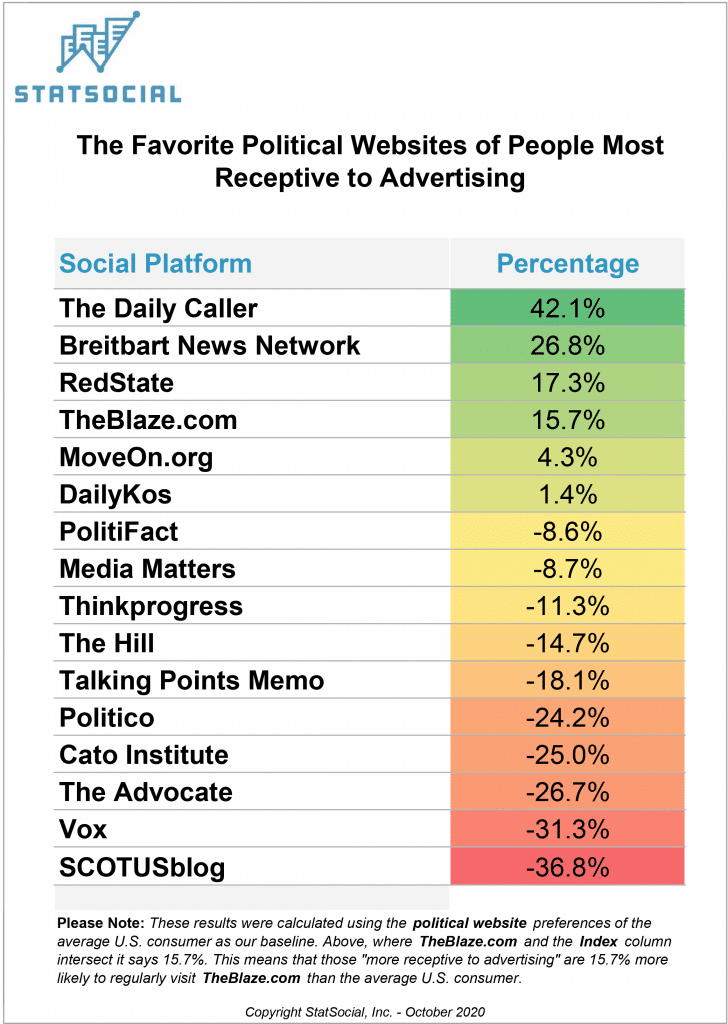 Politics may be a topic best avoided in mixed company. It has long been the impetus for much in the way of advertising and marketing innovation, birthing many widely-adopted and highly-effective approaches. It is also an area of popular media where many pairs of engaged eyes will be focused, as it touches most of our lives.

The Tucker Carlson co-founded, The Daily Caller, is the most prominent site here. With the ad-receptive 42.1% more likely to be routine visitors than the average consumers.

The remaining three of the top four most over-indexed sites also lean unambiguously to the right; Breitbart at 26.8%, RedState at 17.3%, and TheBlaze at 15.7%.

As these are explicitly political websites, and therefore of appeal to a specific type of audience, it’s always wisest to consider the full audience profile set before you. While learning slightly right, perhaps, on the whole the data paints a picture of a politically diverse group.

Personality Traits of People Most Receptive to Advertising

One of the most unique sets of insights unique to StatSocial are the personality traits from IBM Watson™ and their Personality Insights service.

In psychology, the Big 5 personality traits describe a popularly-employed taxonomy that breaks down human personalities into five, broad, overarching categories. IBM Watson™ employs this model, and the five traits that give it its name — Openness, Conscientiousness, Extraversion, Agreeableness, and Neuroticism — as the umbrella categories under which numerous, more specific personality traits can be found.