This entry is a deeper dive into the tribe we call “Television Singin’.”

This tribe lives way outside of the city, in distant suburbs and the country, and skews heavily female.

What unites them is a shared love for a number of TV’s many talent and singing competition programs.

Men only account for a bit over ⅕ of this tribe’s members.

While the younger age brackets are under-indexed — those 18-24 make up only 11.7% of this bunch, which falls 0.34 times below the baseline — the 25 to 34 group is present to roughly the same degree as those over age 54. The latter group, however, is present to a degree exceeding the index by 1.25 times.

If this doesn’t already confirm for you where this tribe’s heads and hearts are at, the next section should certainly clarify things. 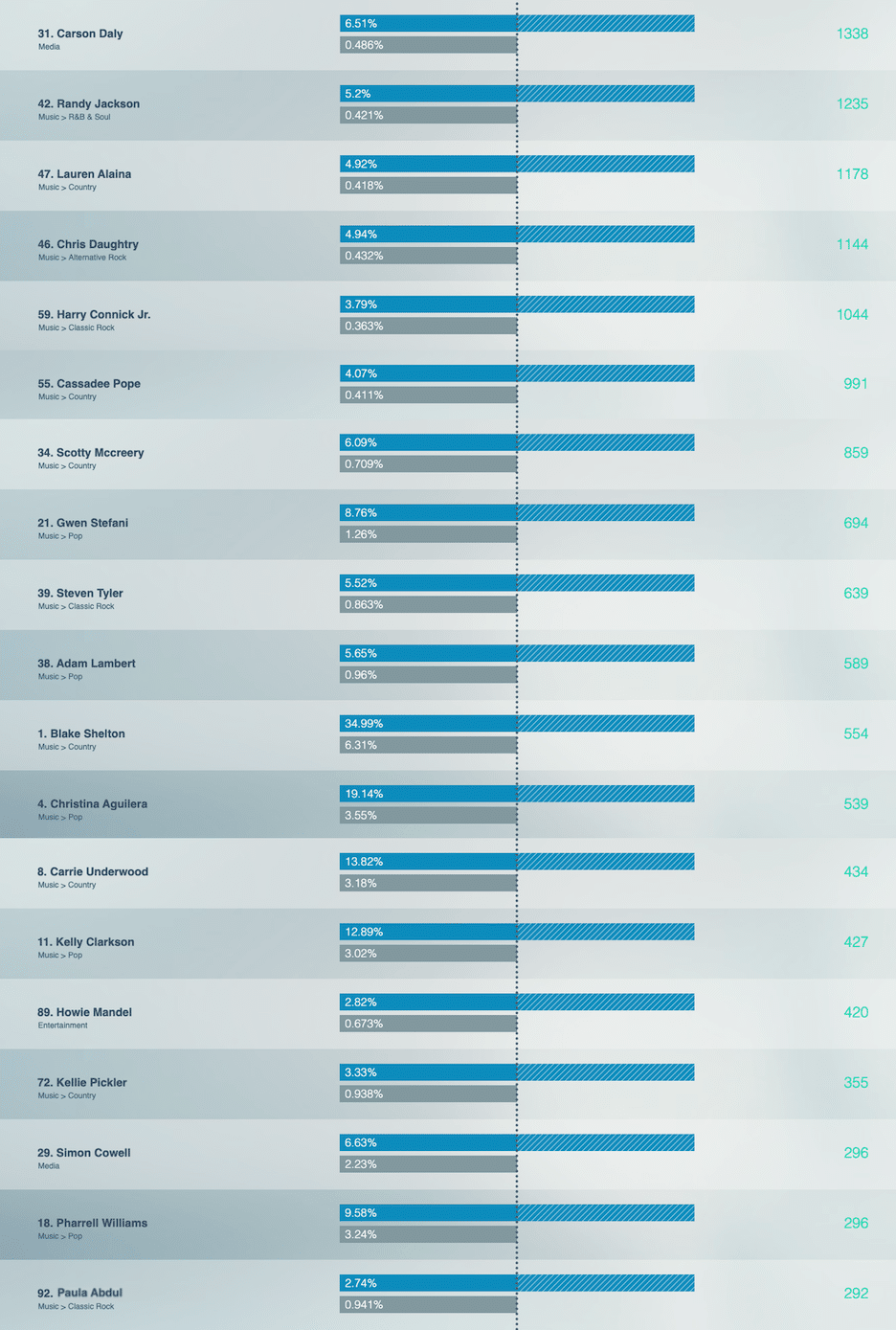 This expanded list of influencers is provided to illustrate just how deep down the road of televised talent competitions this group has traveled. It seems they can’t quite decide on which judge, competitor (victors and runners up alike) or host to throw the full weight of their love behind.

We promise you the list just keeps going on like this. Please let the record show that there are factions within this tribe dedicated to any number of people associated with this genre of programming. 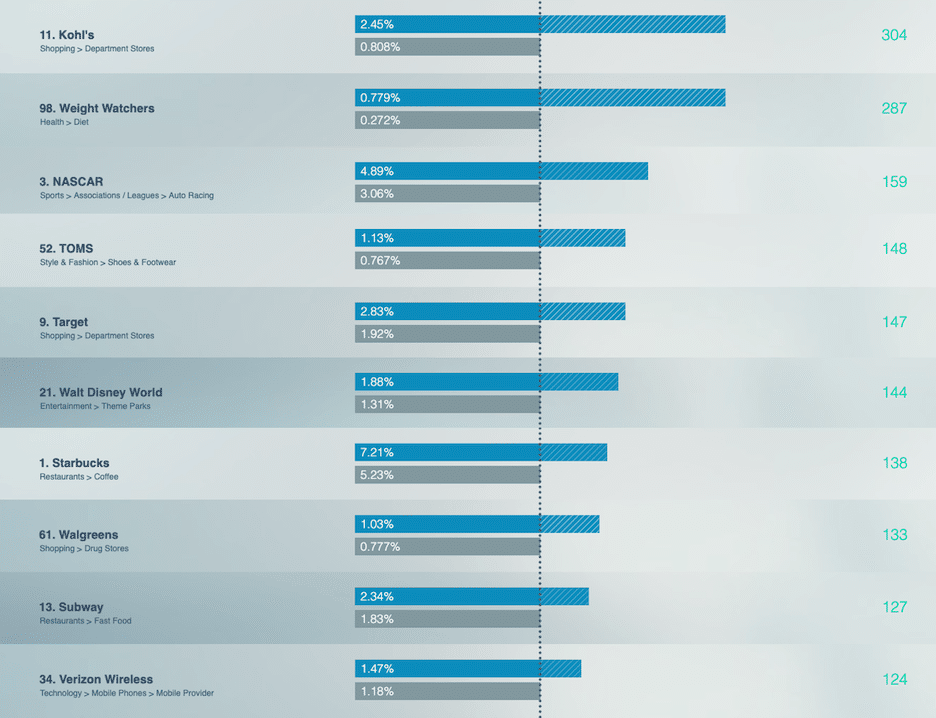 Digging deeper into the stats beyond just the 10 brands listed above reveals a situation similar to the influencers list. Small factions within this tribe can be found dedicating themselves to a vast array of brands.

That said, the brand boasting the largest segment of customers here is Starbucks. 7.21% of this tribe’s members are loyal to the chain, and that is 1.38 times larger than the index.

29.65% of this tribe’s members are fans of country music. This percentage is 2.39 times larger than the U.S. average.

In the context of personality, morality describes one with a well-developed personal sense of right and wrong, and more directly a constitutional incapability to take advantage of another for one’s own gain.

This tribe averages in the 71.1st percentile for this trait.